Since moving to Software as a Service, the City of Holdfast Bay has saved the equivalent of two full time employees and redirected these resources into strategic initiatives.

Located on the south-western coast of Adelaide, the City of Holdfast Bay is a key tourist destination that hosts more than a million visitors each year.

Previously, the council was struggling to allocate the resources needed to maintain its on-premise infrastructure, which was nearing end of life.

“We were concerned about how we were going to manage our day-to-day operations long term, with limited resources and ageing infrastructure,” said Pam Jackson, Manager Strategy and Innovation, City of Holdfast Bay.

The council had spent time building key functionality over the years but hadn’t looked past the basics.

“While we had been a TechnologyOne customer for over 10 years, we also had multiple ‘best-of-breed’ solutions which needed consolidating to improve general efficiency,” Jackson said.

“Despite being a high-profile destination, our council is relatively small in size, so we needed to rethink our service delivery model and work out how to become smarter with our resources.”

Recognising the need to consolidate its core business systems into one platform, the City of Holdfast Bay implemented TechnologyOne’s OneCouncil SaaS solution.

“We knew we need to adopt a more mature approach to service delivery to enable our digital transformation,” Jackson said.

“We made the decision to move to SaaS to free up resources, improve efficiency and ultimately deliver better business outcomes.”

“Since moving to SaaS, we’ve saved the equivalent of two full time employees which we’ve redirected into other areas.”
Pam Jackson, Manager Strategy and Innovation, City of Holdfast Bay

Since moving to a fully integrated enterprise SaaS solution, the City of Holdfast Bay has reinvested countless hours – spent maintaining its on-premise software and infrastructure – into more strategic initiatives.

“SaaS has transformed the way we deliver services to the rest of the business,” Jackson said.

“Since moving to SaaS, we’ve saved the equivalent of two full time employees which we’ve redirected into other areas, like ensuring we can deliver online services that will make our ratepayers’ lives easier.”

The council now has a single source of truth and greater visibility over council-wide information.

“We’re no longer managing multiple disparate systems because everything’s integrated in one platform.”

Jackson added: ““Business Analytics has changed the way our people think about data – they’re more interested and are making better decisions because of it.”

“SaaS has transformed the way we operate. We’re confident the course we’ve taken is the right one.”
Pam Jackson, Manager Strategy and Innovation, City of Holdfast Bay

The City of Holdfast Bay’s perspective

When re-evaluating its IT systems, the City of Holdfast Bay was seeking an ERP solution that would support its critical business functions under one platform, free up resources via a SaaS-based delivery model and provide the capability to deliver online services to its customers.

“Not only did we want to transform our organisation internally, we also wanted to improve service delivery and gain a 360-degree view of our customers,” Jackson said.

“We looked to find the right solution and were confident that TechnologyOne’s future direction aligned with what we wanted to achieve.”

“This was a long-term commitment we were making so having a strong partnership with a vendor we could trust was important to us.”

Since moving to TechnologyOne’s OneCouncil SaaS solution, the City of Holdfast Bay has shifted its focus from its technology to its business.

“By redirecting our headcount away from day-to-day IT maintenance, we’ve been able to extend our functionality and meet SLAs in other areas of the organisation,” Jackson said.

The transformation has enabled the council to better utilise the skillsets of its employees and function more effectively.

“The hours we’ve saved from streamlining and digitising manual processes has been unquantifiable – the value of people’s jobs has improved enormously as a result.”

TechnologyOne’s high performing SaaS platform means the City of Holdfast Bay no longer has to worry about the complexity of running or updating its software and infrastructure, as TechnologyOne takes care of this.

“SaaS has transformed the way we operate. We’re confident the course we’ve taken is the right one.” 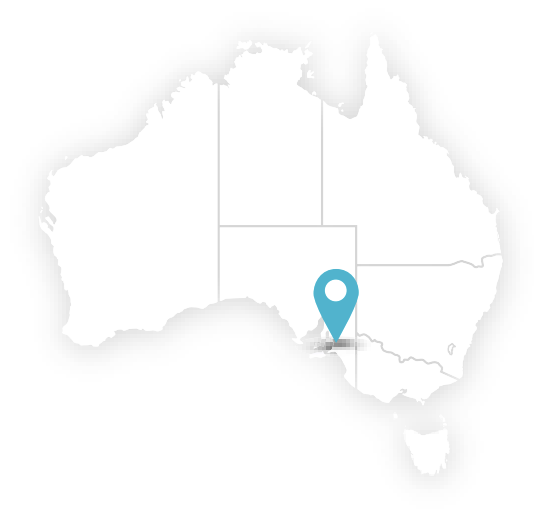 About City of Holdfast Bay

The City of Holdfast Bay is a local government area in the south-western coastal suburbs of Adelaide, South Australia. The council was formed 1 January 1997, when the City of Glenelg and City of Brighton councils were amalgamated by the state government.